Before you write it yourself, look here

One of the questions I get asked a lot is where to find gems and other 3rd party code:

Write an article, gem, or something else that I haven’t noticed? Tell me, I may include it next week. 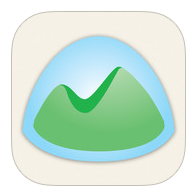 I’ve noticed it uses a lot of UIWebViews instead of native code, so it’s perhaps not a great example of a RubyMotion app. However, it’s probably the most popular RM app in existence.

iOS Control of the Week 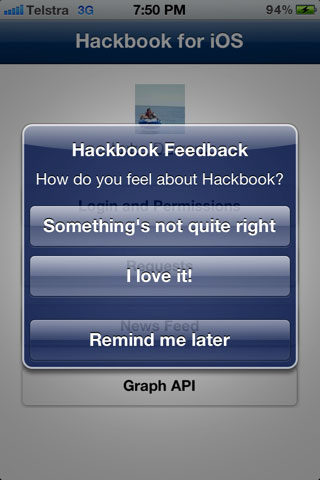 Updated 6 days ago – Ask4AppReviews
Language: ObjectiveC
“Ask4AppReviews is a class that you can drop into any iPhone app (iOS 5.0 or later) that will help remind your users to review your app on the App Store.”

We, at InfiniteRed, used this for Temple and it worked well.

What is RubyMotionQuery (RMQ) you ask? Check out this video.

Note, if you’re not familiar -> is the new syntax for a lambda

Duration defaults to 0.3, so that isn’t needed. q.move is another rmq action.

Here is another example, this is how animations.throb is written:

All episodes will be done using behavior driven development!

“After years of iOS work, RubyMotion seems like a thousand kittens playing the piano while sliding down a double-rainbow.”